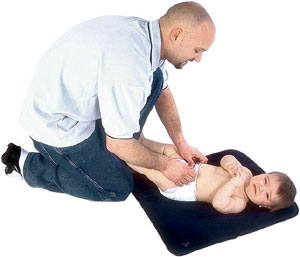 What is the role of a father?

How has the role of a father changed?

A few weeks ago I ran a session just for fathers at an American law firm and it generated some fascinating questions and a very interesting discussion. The traditional pattern of the father being the breadwinner whilst the mother is at home looking after the children has changed enormously in our generation. The average time fathers spend with their children has risen by 1100% since the 1970s from 15 minutes to 3 hours!

My youngest brother became a father this week and I even see a big difference between his whole involvement in preparing for the birth and what happened when I had my first child 15 years ago.  Of course it is down to the individual too.  He even had an app on his phone to record the time and length of contractions!!!!

Mothers no longer have the monopoly on worrying about work-life balance and just in the last few years, I have heard fathers increasingly speaking about the pressure they feel to fulfill their responsibilities both at work and at home. Fathers genuinely want to be more involved in the second shift after work – looking after the kids and managing the household. Many speak about being prepared to take a pay cut so they can work more flexibly and be with their kids.

What is the key role that fathers play?

Firstly to coin a phrase from a Yale psychologist, ‘Fathers don’t mother’.

Research clearly shows that when a father or significant male carer is involved in a child’s life, the benefits for the child are:

I am generalising here but there are some specific ways that fathers contribute to family life:

Dad’s play is usually more physical, adventurous and unpredictable. Children develop co-ordination and the ability to regulate their own strength and handle peers.

Fathers encourage more independence, competition and really embracing challenges. For example there was a swimming pool study. When a young child is learning to jump in the pool, a father is likely to stand on the side of the pool behind a child, the mother will be in the pool with her arms outstretched.

A father’s contribution to language development of a young child has been proven to be more important than a mother’s because dads tend to use a broader vocabulary and more imaginative discussion. Fathers reading with their children is one of the most consistent indicators of academic achievement later in life.

About 80% of parenting is modelling – I know a pretty scary thought! Fathers teach sons what it means to be a man, how to act and how to treat women. Daughters learn from their fathers how to expect to relate to males and they provide a standard for how to be treated.

“It’s been said if mothers entering the workforce was probably one of the most significant social developments of the twentieth century, then fathers’ increased participation in family life will be the social revolution of the 21st century.” (Tina Miller, Oxford University).