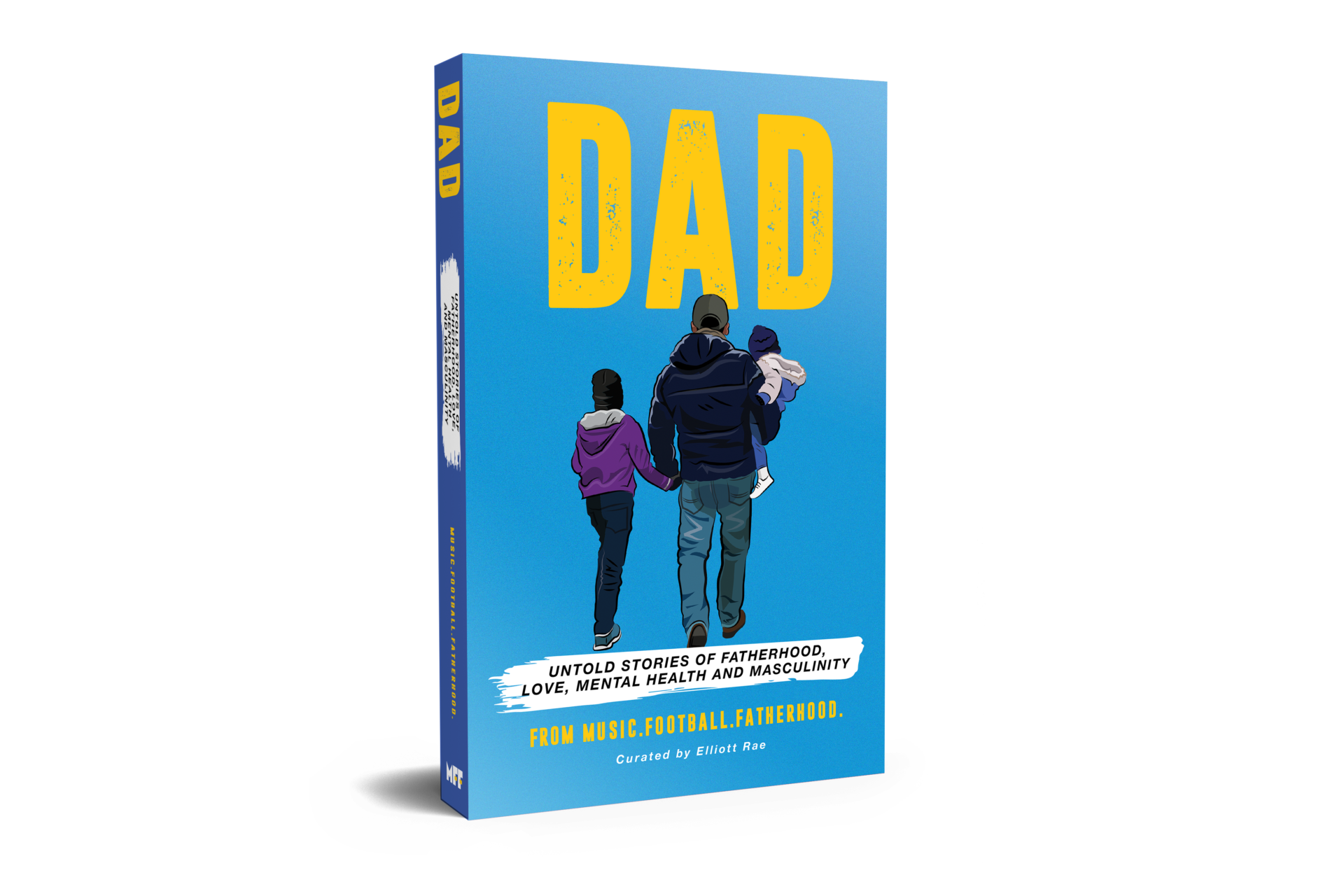 The ‘Mental Health’ of men

The mental health of men is still overlooked with suicide remaining the biggest killer of men under the age of 45, and 12.5% of men in the UK suffering from depression and anxiety. This has been further compounded by the pandemic and lockdown. New dads are particularly vulnerable as financial and work pressures coupled with a huge life change can have a significant impact. DAD is a cathartic book that will help men and dads realise they are not alone. DAD will encourage more open conversations around fatherhood and contribute to better mental health.

DAD is a deeply moving and inspiring collection of stories that represent the diversity of modern fatherhood and seeks to start a conversation that challenges the traditions associated with masculinity.

The book includes 20 powerful and defiant stories about a range of fatherhood related topics. Mark Williams shares his story about suffering from postnatal depression. It’s a moving story that shows how men offer suffer in silence, the devastating effects PND can have on men and how they often put on a brave face at work. This is similar for Elliott’s story, where he talks of suffering from PTSD after the traumatic birth of his daughter – again, hiding his feelings and emotions from most people in his life, including his work colleagues. And then there’s Ian who tried multiple suicide attempts after his relationship broke down. Ian talks about how he showed up at work and no one would ever have the slightest idea of what he was dealing with in his personal life.

DAD highlights these stories and serves to illustrate the hidden mental health issues that many of us will suffer from. This is a ground-breaking book. A movement. Never before have a group of men come together to bare their souls and speak so openly and honestly about their fatherhood experiences. This book aims to encourage better dialogue between colleagues, friends, and especially within families; between husbands and wives, brothers and sisters, dads and children. We know that men and dads don’t always have the space to speak openly about their experiences. We believe DAD can change the world and move forward the conversations around fatherhood, masculinity, mental health and gender equality.

DAD will be published on Tuesday 1st June and is available for preorder here.

DAD is curated by Elliott Rae. Elliott is also the founder of MusicFootballFatherhood, the parenting and lifestyle platform for men. Elliott will be speaking about the book and sharing other insights, at our mental health event on Thursday 13th May.